Copyright-evidence
Evidence reported by Alyson-Wieczorek for item archaicenglandes00bayl on April 25, 2008: no visible notice of copyright; stated date is 1919.

Reviewer: tyunnos - favoritefavoritefavoritefavorite - December 21, 2013
Subject: Opinions of the Press [from a contemporary blurb sheet]
"Mr. Bayley has followed up his "Lost Language of Symbolism" with a large volume in which, with extraordinary care and every evidence of deep and prolonged research, he has made what he calls 'an essay in deciphering prehistory from megalithic monuments, earth-works, customs, coins, place-names, and faerie superstitions'." --The Westminster Gazette.
"Even if you accept none of Mr. Bayley's ingenious inferences, you will find all the varied and cumulative evidences he adduces with their six hundred illustrations of absorbing interest." --Truth.
"Whether the reader accepts his conclusions or not, he will find the book a mine of curious details, and interesting from cover to cover. It is bound to make a strong appeal to anyone with any feeling for the past." --The Glasgow Herald.
"Not his to adopt theories and push them into unwilling minds. He is a collector of facts which are allowed to speak for themselves; but he is more than a collector, for, though he is no theorist, he knows all about the various theories or explanations of difficult prehistoric material. . .. He must be a good amateur who does not talk or accept nonsense on this tricksy and very difficult subject. We entirely agree as to the importance of farm and field names, and commend to Mr. Bayley the field names of Kent; where Celtic forms abound. Mr. Bayley does not talk or accept nonsense, though we are not necessarily convinced by his theories. . . . The chapter on the White Horse is valuable, but we must dip no further into Mr. Bayley's delightful lucky tub." --The Contemporary Review.
"Mr. Bayley has worked hard and honestly. Use him as a quarry, and one will find gold and, maybe, other things." --The Athenaeum.
"It is an interesting and suggestive book. It does not prove any theory, except that the specialists who deny Britain any history before the arrival of Caesar are profoundly mistaken; but it hints at multitudes of curious possibilities . . . . Mr. Bayley makes, for instance, a good case for the originality of British coinage at least as early as 200 B.C. At first sight fantastic, the linking up of Cretan culture with Iberian, and then with Hibernian and British, incidentally with Troy and Albania, acquires plausibility as one reads the author's carefully accumulated and collated fragments of old-world lore." --The Journal of Education.
"From a very wide reading brings together much that is valuable and suggestive, while as regards coins he is doubtless right in arguing that the quaint devices and strange representations of certain animals on early British coins have probably a symbolic and mythological meaning, and are not mere endeavours of barbaric art to express itself or to imitate the productions of Greece and Rome." --The Bookman.
"He does succeed in bringing home to us English the fact that the people of this country, whom it took Rome centuries but partially to conquer, were a much greater people, more civilised and more interesting than we have supposed." --Publishers' Circular.
"To the specialist in archaeology and to the lover of folk-lore, this book will be a mine of enjoyment and information." --Light.
"Fascinating." --The Yorkshire Post. 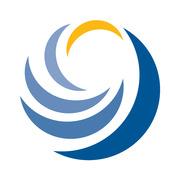